Almost three weeks ago, this beautiful white Labrador joined our family. At just 6 weeks old (her mother had stopped feeding her and the other pups), we were passed this little bundle. She was tiny and looked so timid. She cried in the car ride home. 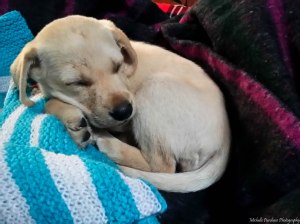 We were all a little unprepared for her arrival- we only knew 3 days before getting her that she was ours- and we only got her basket a couple hours prior to picking her up. Chew toys hadn’t crossed our mind. We were told she was eating ‘Ugi’ (porridge), so we had that covered- but that was about it.

Over the past three weeks now, she has grown a few inches, her stomach is bigger than her head after she’s eaten, and she has developed her own personality. 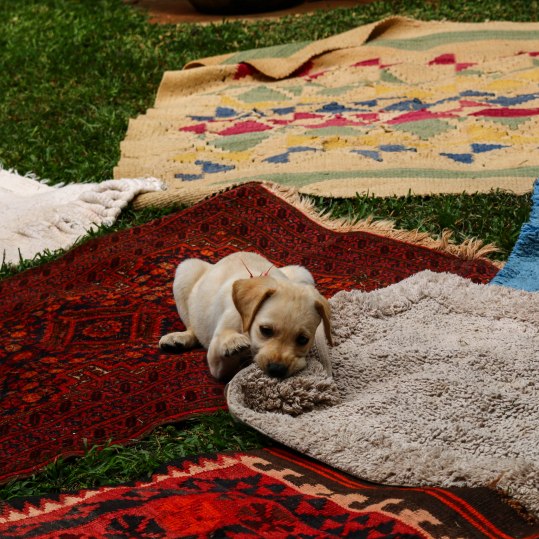 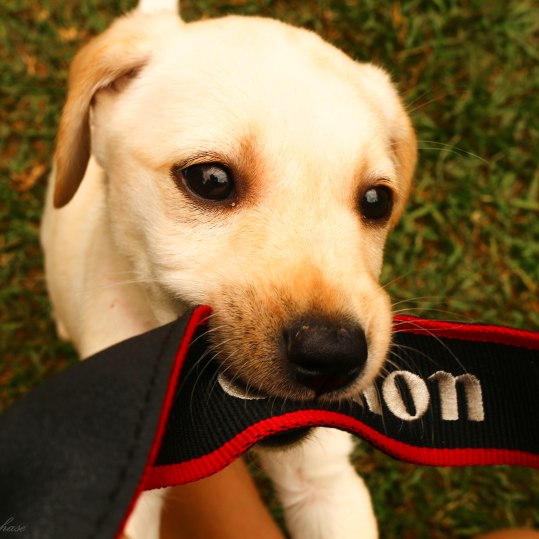 She is so naughty and like Labradors are known for, she chews everything. The sofa at mum and dads is her favourite. I should actually clarify that this little girl- Kira- is mum and dad’s- not mine! Choosing a name that we all liked was a very difficult decision. She now knows her name, and listens most of the time. Selective hearing… 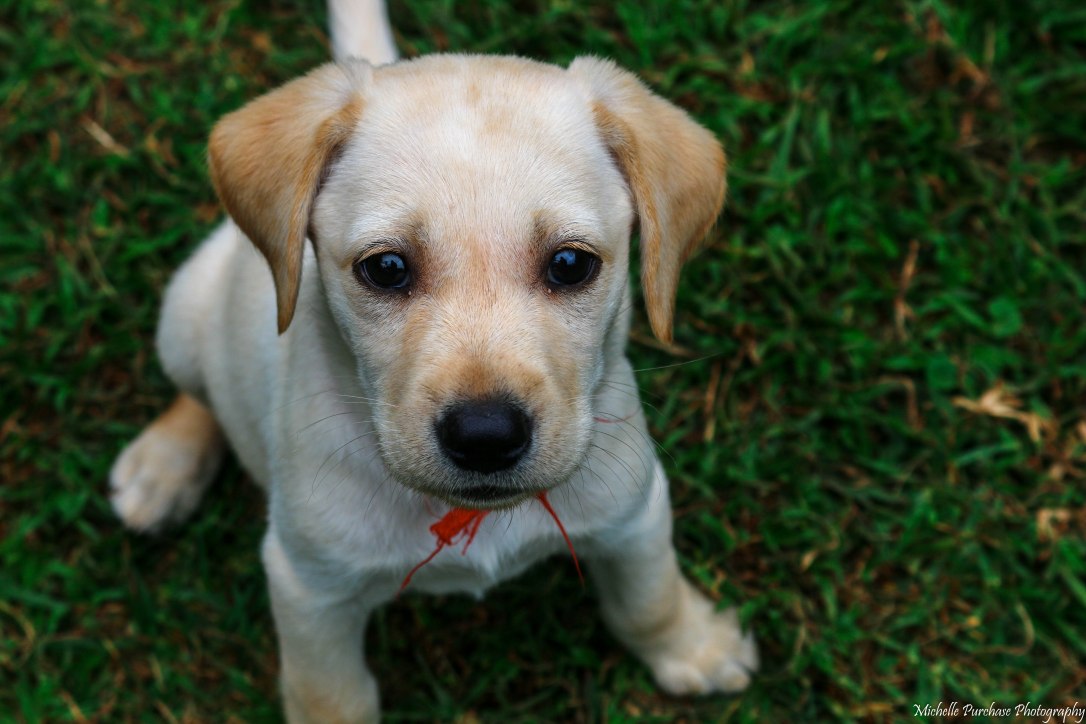 As I have said, she has developed her own personality and she knows exactly when she is doing (or eating something) that she shouldn’t be. I have already chased her around the house or garden trying to get God knows what, out of her mouth.

Last night Kira had a sleepover at my house. Initially it was meant to be for the weekend, but as Mum and Dad didn’t go away as planned, I just took her for the night so she wasn’t home alone. We had a terrific time. I was a little nervous at first that she wouldn’t be comfortable, but as the night went on she settled in. All the carpets in my house are white…so they had to be lifted up, and all wires put away out of reach of those little razer blades.

Bed time came, I barricaded off the top of my stairs, and then the cries started. I tried not to pick her up onto my bed, but with those big puppy eyes staring up at me, how could I not. Once she was being cuddled, she was at ease once again. I have to admit that neither one of us slept very well, we both kept turning and moving, but we did get lots of cuddles and I got the occasional whiff of puppy breath when I opened my eyes and found her face to be facing mine on my pillow and her body lying next to mine. At that point I put my arms around her and she snuggled closer (Yes. I know I am spoiling her. No, I don’t care). 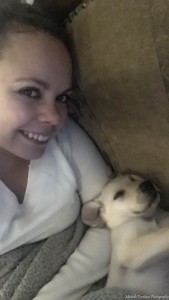 Getting a pet is a big deal. Especially a puppy. It’s a 10-15 year commitment. This is the reason that little Kira is not mine (nor the other 2 labs that we were offered). I don’t know what my future plans are and if they are here or elsewhere in the world. So many expats come to Kenya and get a dog for a year, maybe two, and then when their contract ends, so does their apparent ‘love’ for their pet. I know that there are circumstances that sometimes can’t be helped, I know that not all expats are like this. But the ones that are, the ones that know they are only here for a year or two, why do they get a pet if they are not going to keep it?

Please, don’t be one of those people.

Kira has already stolen my heart as I’m sure all of your fur babies have too.