I was hoping for snow. There was none.

There was a frozen waterfall, however. I’ll get to that. That was pretty epic.

Getting to the meeting spot was a close call. I had underestimated how long breakfast and packing up in the morning would take, so we just made it; although, to be fair, we had time to grab a cup of coffee.

I haven’t mentioned this yet but I had a horrible cold. The cold weather didn’t help, and I knew we were going up and therefor the temperature would drop.

We were in a land cruiser with 7 other tourists; Dutch and Germans. Martin and I are South African, and Kenyan. To be honest, we felt very “touristy” on the tour, and were the ‘bad students’ per say, not really listening to our tour guide. The others seem to enjoy him, so he probably was very good and knowledgeable. 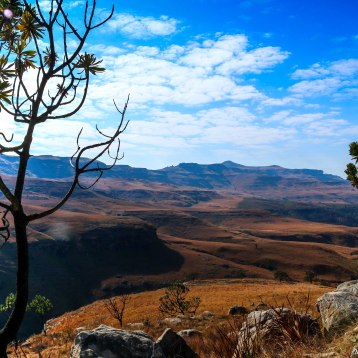 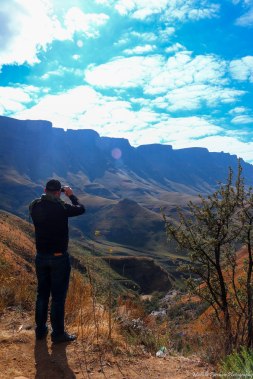 Getting to Lesotho, you have to travel up the Sani Pass. With a few stops along the way for photo ops, it takes about 2.5 hours. Warning. Don’t try this pass without a 4×4 (from the research I’ve done, it seems to be a strictly 4×4 route anyway). Its a dirt/ gravel track, very windy and gets worse the further up you go. When we were listening, the guide told us that one of the corners is nicknamed as the “Oh My God” corner. Also note that when it does snow (which it did two weeks later I may add), the tour companies won’t take you up. At the ‘Oh My God’ corner is the frozen waterfall. It was incredible and made way for such a photo opportunity! I had seen it a couple of days before on ‘Snow Report S.A’ and was incredibly excited that I got to see it too.

The Sani Pass is breathtaking and I would highly recommend it to anyone that is thinking of doing it. There are obviously two border posts to get through. Originally the South African border post was higher up the mountain, but they have since moved it to near the bottom, and most of the Sani Pass is ‘no mans land’. The Sani Pass starts at 1544m and rises 1332 vertical meters to summit at 2876m.

Once we got through the Lesotho border, we were taken to the huts for a ‘cultural tour’. Note. I felt like being snobby (and acting like an alcoholic), and wanted to go straight to the bar. Martin felt we should do the tourist bit. It’s the most touristy I have felt before in Africa, so I’m not even going to go into it. I will say that Martin regretted not taking me up on my idea! 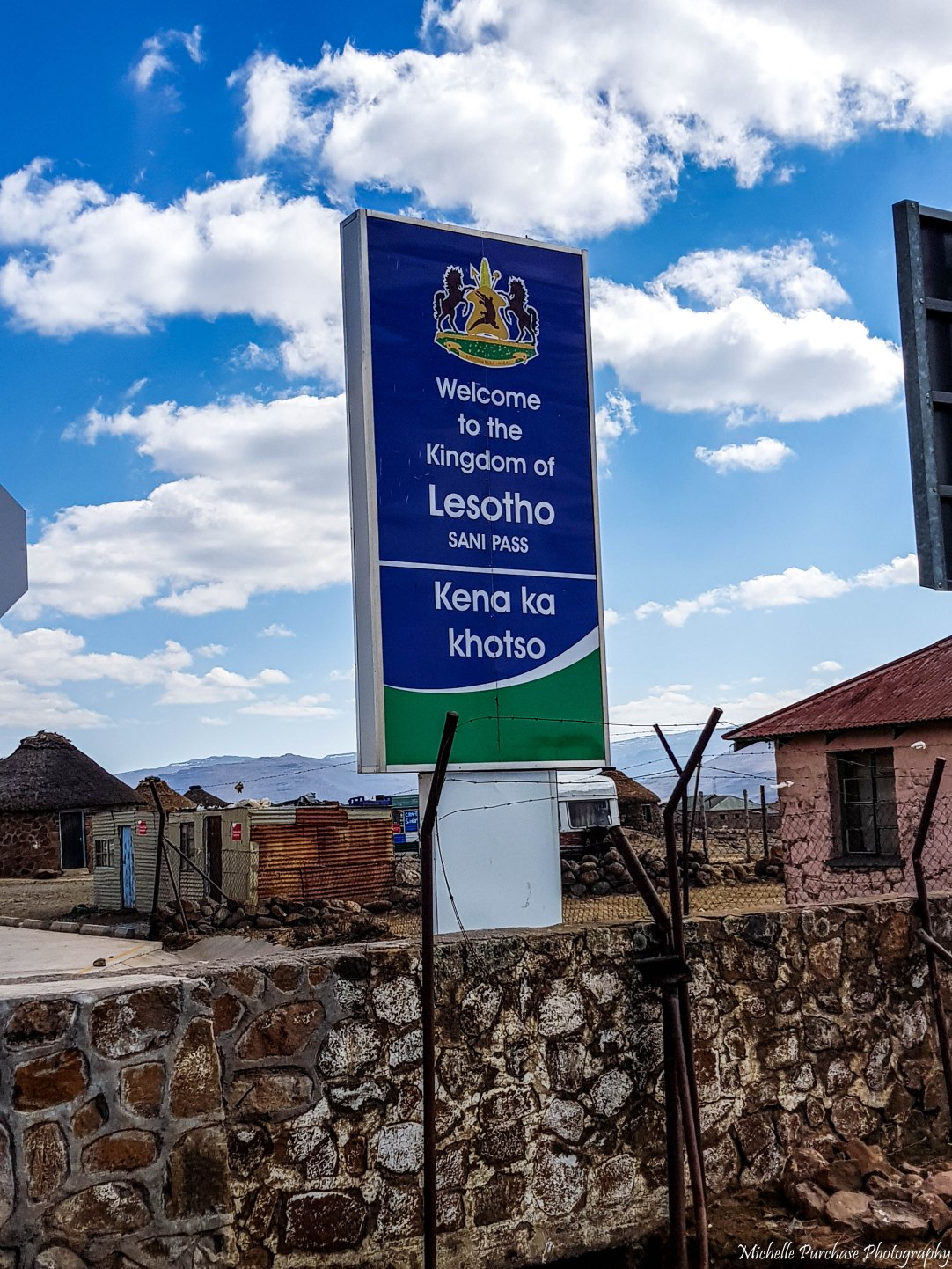 Eventually we got to Sani Mountain Lodge: The highest Pub in Africa. Great investment the owners made. It’s packed with people all the time, and there was barely enough space for everyone. The walls are all written on with comments from fellow travelers, and there is money from all over the world stuck up. I did think about putting up 100 Kenyan Shillings, but found someone had beaten me to it. We had time for a burger and a couple of beers before having to head back down the mountain. I proceeded to fall asleep. 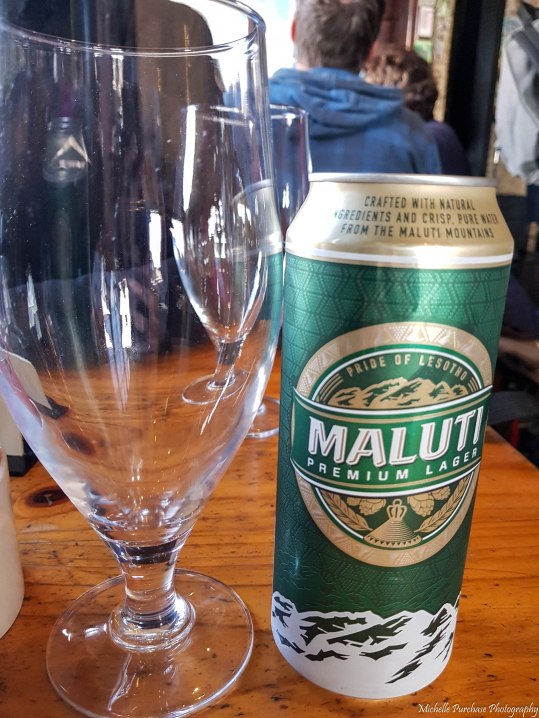 Once back in Underberg, we had our drive back to Durban. We were almost involved in an accident with an oncoming, out of control car, but luckily we were fine, although shaken up. We got to Durban in one piece. That’s what matters. 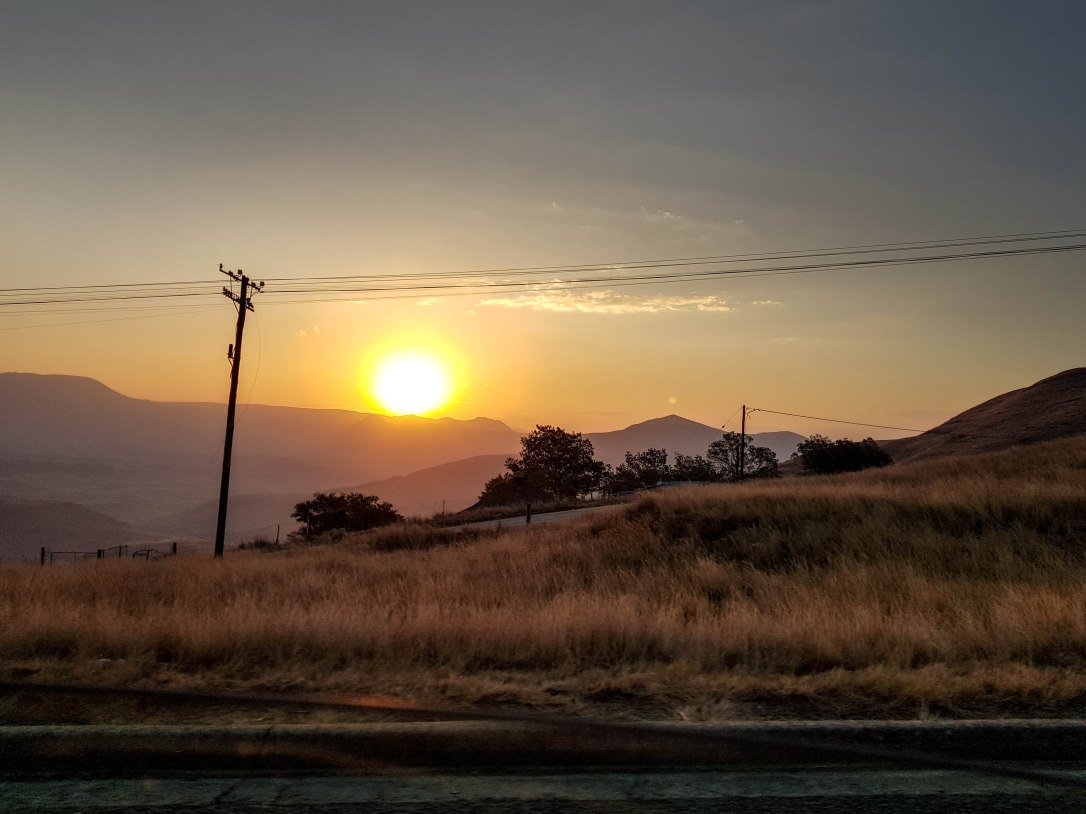 The cost for a day tour is R850 pp. http://sanipasstours.com/